Italy is a great travel destination for foodies, art, history and culture lovers. But, it’s also an outdoor lover’s paradise. With 25 national parks in Italy, there is something to discover for every taste. Whether you’re into hiking or outdoor sports, you’ll find plenty of opportunities for both across all of them. gdfg

Based in Rome, the Italian Ministry of the Environment manages the country’s national parks. Spread across the country, the parks cover about five per cent of the Italian territory and are home to biodiverse ecosystems.

Unlike the national parks in North America, Italian national parks don’t require special entry fees. You’ll find people living and doing business in national parks, as many of the parks were created after people settled there. Today, the parks are part of the country’s economic activity with a blend of gastronomy, culture and the outdoors.

National parks in Italy to explore

Italy’s national parks are some of the most beautiful places in the world. With their dense forests, snowy mountains and azure lakes, they’re a haven for wildlife. Here are nine of the best parks to visit on your next Italian vacation.

Asinara is Sardinia’s second-largest island, and it’s named after the albino donkeys (asini bianchi) that live here. The island, made up of Mediterranean scrub called macchia, has a rocky coastline and sandy beaches. It is a wildlife haven for donkeys and other animals, including peregrine falcons and silky-haired wild sheep known as mouflon.

Before it became a national park, the island had a more sinister past, which gave it the nickname Isola del Diavolo (Devil’s Island). The island functioned as a quarantine station for cholera victims and prison camps during WWI. It became a high-security prison for Italy’s most dangerous criminals, including several gangsters. The prison closed in 1997, and the island became a national park a year later.

Today you can find the remnants of abandoned buildings dotting the landscape. If you enjoy outdoorsy hikes with a mix of history, then this national park is for you.

Founded in 1991, Italy’s second-largest national park is in the Campania region and has been designated as a UNESCO World Heritage Site. Stretching across the Cilento peninsula, the park is home to over 1,800 different plants, the Alento and Tanagro rivers and several mountain peaks between 1700 and 1800 meters high.

Like many other national parks in Italy, Cilento is home to historical landmarks and natural wonders. Here you can explore the ancient Greek temples in Paestum, medieval castles in Sicignano degli Alburni and Postiglione, or explore the prehistoric caves near Castelcivita.

Cilento is an excellent place for hiking and biking. As it lies along the coast, there are numerous beaches and trails to explore. Many coastal towns like Palinuro offer boat excursions to explore nearby beaches and caves.

Located in Italy’s Veneto region, the Dolomites are home to a variety of fauna and flora unique to the area. Here you’ll find distinctively jagged mountains, extensive coniferous and deciduous forests, meadows, rivers and canyons. The Dolomiti Bellunesi national park was officially established to protect these extraordinary landscapes and designated a UNESCO World Heritage Site.

The Dolomites are perfect for hiking, biking and winter sports. It is also home to different animals, including golden eagles, deer, marmots, woodpeckers and alpine newts. Each season highlights the stunning beauty of the mountains, which means you won’t be disappointed no matter when you visit. In addition to a wide range of outdoor activities, the park is home to small villages with rich cultures and traditions.

Gargano National Park extends into the blue waters of the Adriatic Sea. Located in the Puglia region, it is home to the ancient woodlands of the Foresta Umbra and includes the Tremiti Islands archipelago and the wetlands of Lago Salso. Ancient forests, woodlands, rocky coastline and flowery valleys are home to a wide range of wildlife, including woodpeckers and roe deer.

Gargano has excellent hiking, biking and running trails suitable for all fitness levels. Visitors can also visit the historic villages where fishers still use the old wooden fishing platforms jutting into the sea. Who knows, you might even see your dinner being fished out of the water.

The Gran Paradiso national park is in the Graian Alps of Italy and lies between the Aosta Valley and Piedmont regions. Some of the park’s area once belonged to King Victor Emmanuel II and served as his personal hunting ground. Due to overhunting, the Alpine ibex population declined drastically, prompting him to declare this as the Royal Hunting Reserve of the Gran Paradiso in 1856.

The predominantly mountainous Gran Sasso National Park lies in the Abruzzo region encompassing the Monti della Laga mountain range, the Calderone glacier and its most prominent peak, the Gran Sasso. The park is one of Europe’s largest protected areas and has one of the most biologically diverse areas on the continent.

With over 300 km (190 miles) of trails, Gran Sasso is great for outdoor activities such as hiking, horseback riding, mountain biking, canoeing and skiing. The park’s biodiversity, stunning views and an assortment of castles, abbeys and medieval hamlets make this an excellent place for exploration.

The largest of all national parks in Italy, Pollino National Park, overlaps the regions of Basilicata to the north and Calabria to the south. The park has some of southern Italy’s highest peaks covered in snow, including Serra Dolcedorme that soars 2,267 metres above sea level.

The park is home to ancient forests, river canyons, streams, mountains, alpine meadows and valleys. While the park offers stunning panoramas, numerous hiking trails and other outdoor activities, it’s not widely visited. If you’re looking to experience the breathtaking beauty of nature without worrying about crowds, then this park is for you.

Alpine villages and mountain farms dot the valleys and mountain slopes as they sit against the breathtaking vistas. Stelvio is an outdoor lover’s paradise that offers a variety of outdoor activities in all seasons. You can also drive the Stelvio Pass road as it navigates between the park’s highest peaks with endless hairpin turns and steep inclines.

The Val Grande National Park, located at the Swiss border in the Piedmont region, is the largest wilderness area in Italy. The area was heavily used for timber production as far back as the 15th century. It all ended after World War II, making way for conservation efforts to protect the area.

Today, the park is notable for dense woods, snow-capped mountains, canyons, valleys and ravines. Here you can spot roe deer, wild boars, wolves, foxes and golden eagles. The park lies the drainage basin of the Po River, and its two valleys, the Val Grande and Val Pogallo, feed the rivers that flow into Lake Maggiore.

National parks in Italy: which one should you explore?

One thing is certain when it comes to choosing between the national parks in Italy. They all offer visitors amazing landscapes and plenty of outdoor activities. As they combine nature with human activity, visitors can combine their love of the outdoors with a cultural immersion that will enhance their experience.

As there are 25 parks, visitors don’t have to travel very far to find them. The parks listed on this list are only a fraction of the natural beauty Italy offers visitors. It’s easy to add a stop at a national park to your itinerary and it’s a chance to experience the Italian countryside and get to know the people who live here.

Make sure to bookmark this post for future reference and get exploring. Which park will you choose? 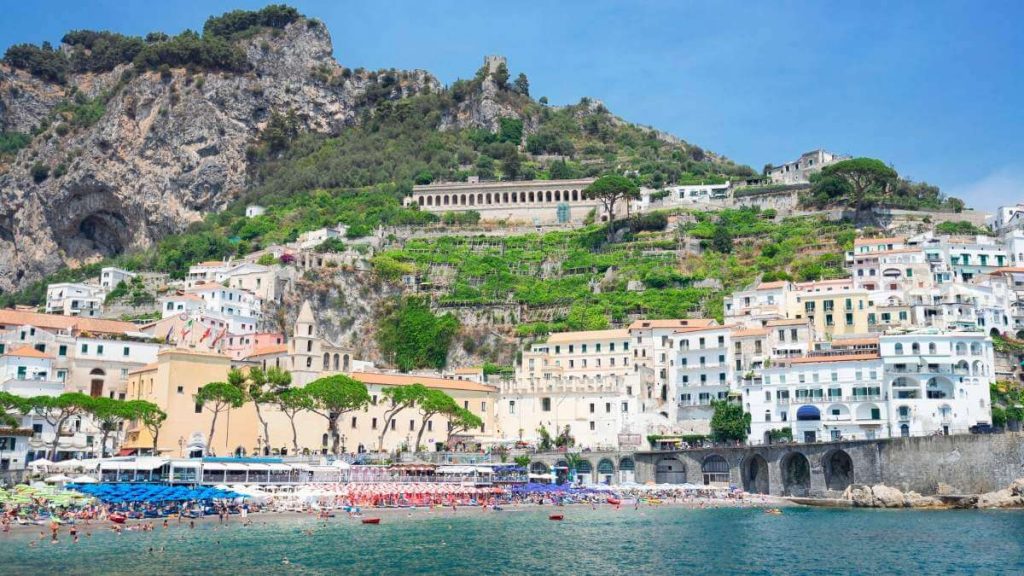